Exeter’s Specialist Subject Records have been quietly accumulating a roster of some note lately, with acts such as Muncie Girls and Great Cynics increasingly pulling in listeners from across the indie, punk and rock divides. With the ‘indie middle’ squeezed by disappearing venues and shrinking sales, smaller DIY labels like SS remain key in offering some stability to the scene and continuing to give interesting acts an outlet.

Recently joining the family are Dublin quartet Pillow Queens, whose debut three track 7″ ‘Calm Girls’ has been catching the ear, especially the swagger of lead track ‘Rats’, that barrels in with a confidence that says ‘I’m a fucking good track me.” About to hit British shores for a series of dates – climaxing with an appearance at Indietracks – it seemed like a good opportunity to sit them down for the latest entry in our ‘My Kind Of Town’ feature, exploring some of the best nooks, crannies and most interesting places to visit in their home city.

Best places for drinks
Somewhere we love to go after a hearty practice, especially if it’s sunny or we have a grumble in our tumbles, is The Bernard Shaw. They have a lovely selection of beers and ciders, as well as a bus in the back garden serving delicious pizza. Street 66 on Parliament Street is a former gay bar/still a gay bar, is dog friendly and serves the best toasted cheese sandwich in Dublin. Grogan’s also does a tasty toastie and a great pint of Guinness.

Hacienda just off Capel Street is another great place for a cosy pint. You have to be buzzed in by the lovely Shay but as long as you have a kind face and won’t be messin’ you’ll get a warm welcome. The place is covered in photos of famous visitors of the pub, so if you’re lucky you might meet an actor that appeared in an episode of Father Ted in 1996.

Best places for eats
Pillow Queens are half meat eaters and half veggies so eating together sometimes becomes a debate, though we all love the wonderful Umi which serves up the tastiest falafel in town. We’d highly recommend the Palestinian Falafel which is top notch. Bunsen, which is a straight up burger joint, is another place close to our hearts, though they have yet to put a veggie burger on the menu – their options are just a burger with cheese or without – which helps the decision process. Aobaba on Capel Street does incredible vegan Vietnamese soup and vegan Banh Mi which is to die for. 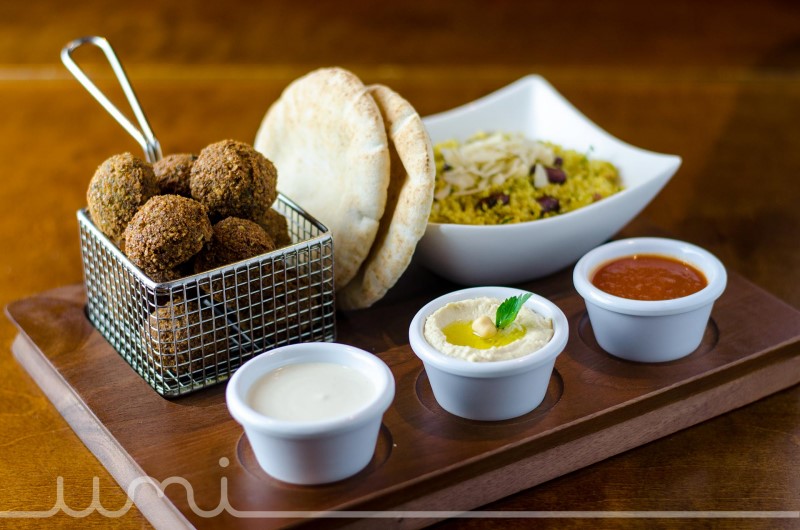 Best places to see music
Mistakes is a monthly live music night that takes place in the Hut in Phibsboro. We had the pleasure of playing it early in the year and it’s probably one of the best places to see Irish acts. The Mistakes gang curate the nights so well and show so much love to the acts that play with them, not to mention how skilled they are at transforming the function room above the pub. If you ever get the chance to head to one of their events we’d say you should grab it.

Best places to have a dance
The standard places we like to go are The George and once a month there’s a rooftop queer night called Spinster in Bad Bobs in Temple Bar. But honestly we’ll dance anywhere there’s some Little Mix pumpin’. Oh, there’s also a pizza place called DiFonataines on Parliament Street that lets you get out those last few dances out of your system at the end of the night while eating a slice of pizza the size of your head.

Best shops and/or markets
When we’re feeling a little blue we like to take a trip to Stock across from Stephen’s Green shopping centre. We don’t actually buy anything because it’s quite expensive stuff, but there’s nothing like three floors of high end kitchenwares to really brighten your day.

We love a food market and there’s so many in Dublin to choose from. There’s one in Meeting House Square in Temple Bar. Highly recommend grabbing a panzerotti from Karuna’s Kitchen. Also the Flea Market in Newmarket is on the last Sunday of every month and it’s great to go buy things you never thought you needed. 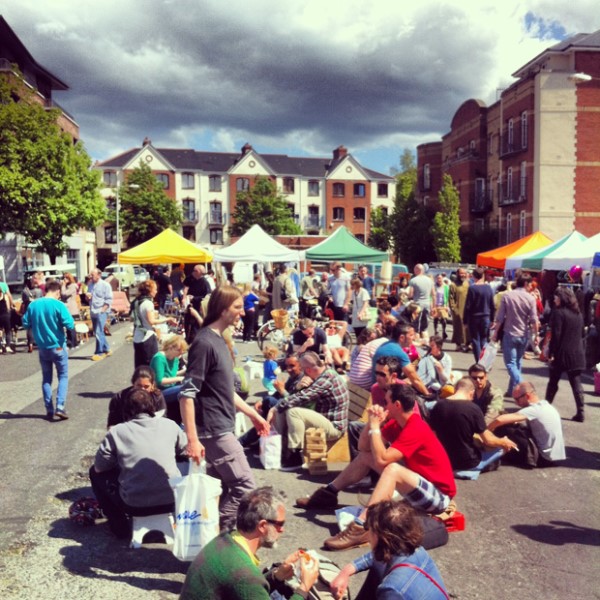 Best kept secret
GlitterHOLE is a monthly(ish) queer variety show that happens in a DIY space called Jigsaw in Mountjoy Square. It’s fairly new but always buzzing and we always have such an amazing time there and even did a little acoustic set at it once. The performances are phenomenal and super interesting. Pamela is occasionally a backup dancer and recently did her own drag performance debut as the ghost of Terry Wogan.

Best gig(s) you’ve seen locally
We caught a Retro Revival show recently in Stage 19 on Francis street that had the brilliant line up of Girlfriend, Montauk Hotel, and Extravision. All amazing bands who you should check out, especially Girlfriend who are the most talented people to have ever walked on this earth! Also listen to Too Tame, they played one of their first gigs with us in Whelan’s and we can’t stop thinking about them.

Favourite escape
Merrion Square is great for squirrel spotting. The Tea Gardens on the quays is perfect for a lil’ chill date. If you want out of the city you can go for a nice stroll along Dun Laoghaire Pier, or to the opposite end of Dublin to go cliff walking in Howth and end the day in the Bloody Stream pub.

For more information on Pillow Queens, visit their Facebook page. The Calm Girls EP is out now.