A new 4CD box set, Let’s Go Down And Blow Our Minds, collects 80 tracks recorded in the tumultuous year of 1967 as Britain fell under the spell of psychedelia.

With tracks from prime movers (aha!) The Move and Procol Harum and obscurities like West Country quintet T. J. Assembly (who pressed a mere 25 copies of their self-penned November 1967 album as a strictly personal memento of their time together), the four hour collection includes a clutch of previously unreleased nuggets, alternative versions, pseudonymous releases, first-ever CD appearances, a couple of inspired novelty discs and even a football supporters freak-out. 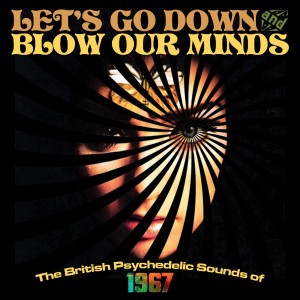 Let’s Go Down And Blow Our Minds is released by Cherry Red on 30th September.