“A quarter century has passed in Nirvana’s Nevermind album propelled them to worldwide fame – 22 years since Kurt Cobain’s subsequent death turned him into a legend. After all this time what does the life, and death, of Kurt Cobain have to say about America, rock music, the very possibility of being a rebel?”

Nick Soulsby is a fairly everyday bloke who hopes to stay that way while never turning the things he loves doing — like writing — into things he must do to earn a daily crust.

Nick is the author of four books. Three of his books are focused on the band Nirvana: the first, Dark Slivers, is a dissection of the 1992 Incesticide compilation; the second, I Found My Friends, (St Martin’s Press, 2015), is an oral history built entirely on the memories of 150+ of the bands who played alongside Nirvana 1987-1994; the third (and likely final), Cobain on Cobain (Omnibus Press, 2016) is a collection of interviews with Kurt Cobain and the band Nirvana across the years 1989-1994 following the band as they experience their wild ride and tell it in the moment, as it occurred. 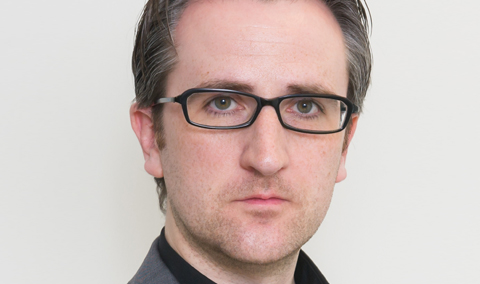 His latest book, We Sing a New Language: the Oral Discography of Thurston Moore, (Omnibus Press, 2016) paints a picture of the lives, scenes and sounds that have risen and fallen away over the course of Moore’s 3 ½ decades in music through the memories of 160 musicians, producers and record label owners who played a part in the works he has created.

In 2014 Nick collaborated with Soul Jazz Records to curate No Seattle: Forgotten Sounds of the North West Grunge Era 1986-97, a release of little known and never-before-seen bands from the State of Washington’s heyday.

For In Conversation, Nick will be speaking to Douglas Baptie, editor of Words & Guitars.

Tickets (priced at £3.00*) are available from Bookends, Castle Street, Carlisle in advance, or on the door (subject to availability). *Entry fee entitles holder to discount on a copy of Cobain on Cobain.