With their sophisticated new album Keep It Together in the wings, sister act Lily and Madeleine seem to be flourishing in the midst of change. A new label – New West, the home of Ben Folds and Steve Earle – and new collaborators sees them expand upon their dreamy Americana to touch upon a more textural approach (drummer Kate Siefker has a background in experimental music) that enhances rather than dilutes their charm.

Three albums to their name in four years – and with one sister still too young to be served in some of the venues they play Stateside – suggests they have a drive and sense of independence that puts most of their contemporaries to shame. Keep It Together hints at struggle, but there’s a confidence that belies their tender years.

For the latest entry in our ‘My Kind of Town’ series, we head overseas for the very first time, so if you ever need to know the hotspots of Indianapolis, let L&M be your guides.

Madeleine: I like to visit the Indianapolis Museum of Art, especially in the summer. You can walk all around the gardens and the 100 acre woods surrounding the museum. It’s really dreamy.

Lily: I really like the Broad Ripple district, which is like the artsy area of town. There are lots of amazing boutiques and coffee shops and a canal you can walk along.

L: I really like this Vietnamese restaurant called Saigon. It’s pretty far from where we live but it’s definitely the best Vietnamese place in town.

M: The Hi-Fi is a neat, hip venue in Fountain Square. 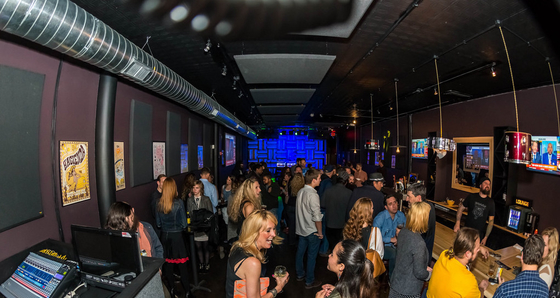 L: I’m under 21 so a lot of venues won’t let me in, but Indy does this thing called First Friday downtown. It’s the first Friday of the month and they usually have live music, art, and food in both the Murphy building and the Harrison center.

L: I like Keystone for sure or just checking around the boutiques in Broad Ripple.

M: The Indianapolis Symphony Orchestra is absolutely fantastic, and the Hilbert Circle Theater is so big and fancy and ornate.

L: I just saw To Kill A Mockingbird at the Indiana Repertory Theatre a few weeks ago and it was amazing.

M: Ruth’s Cafe is the best breakfast in town but it’s hidden in a strip mall. They make the most delicious homemade jam and all their food is very fresh.

L: The park area of the Art Center in Broad Ripple is one of my favorite places to bike to and hang out in.

M: The Monon trail is an old train line turned bike trail that runs all through the city. It’s the perfect place to go for a run, bike ride, or nice walk any time of the year.

L: Perkins near Castleton mall. It’s the only place open 24 hours so I sometimes go there in the middle of the night with my friends to get decaf and hash browns.

Keep It Together is released on 26th February via New West Records. For more information, visit the sisters’ website.