The novelty of two-headed acts having since passed, the likes of KG continue to prove its viability as a format: listen to ‘Stitches’ and try to make a convincing case that it suffers from the lack of bass – or souzaphone – and chances are you’ll get gently shoo-ed out the room. Rather, their emotive, human indie rock requires no unecessary embellishment; it does just fine as it is, thankyouverymuch.

The duo are about to head off on a series of UK dates before hitting the road in the USA, rounding of at The Fest in Gainsville, Florida on 30th October. We caught them just as they were putting the last items in their suitcases and asked them about the city of Leeds, the place where both Livingstone and Dawson used to live (and, indeed, where Dawson still does!)

There’s loads of different places we enjoy going for drinks in Leeds. It really depends on what you’re in the mood for. We go for Belgrave or Tall Boys for a nice pint of something really tasty. If it’s something cheap and quick, you’ll find us in The Angel supping some of Sam Smith’s finest.

Bundobust every time! It’s a veggie and vegan Indian food place with great craft beer. The food comes in small tubs so you can order a few at a time. Their Okra fries are incredible!

Since both The Well and The Cockpit have closed in Leeds (RIP) it left a bit of a hole for a while. Since then The Key Club has sprung up and is putting on some great shows! Temple of Boom and Wharf Chambers are really good for more DIY shows.

Spaces like Santiagos and The Packhorse are also really perfect for smaller intimate shows. We’ve both played all of these places a bunch of times over the past eight years. Our record release show for SAD will by at the Key Club on the 24th September, hosted by our friends over at Slam Dunk, we can’t wait!

Again The Key Club is probably one of the only good alternative clubs in Leeds. We used to have The Cockpit which had three rooms all with different music in which was perfect and provided us with a lot of good (and not so good) memories over the years.

The before mentioned Wharf Chambers run a few queer-punk club nights that are also really great. These tend to run after gigs so if you head over to Wharf for a show be sure to stay afterwards!

Jumbo Records is an old favourite in Leeds. It opened way before our time, but it’s still the first place we go to buy records, and let’s face it, who doesn’t always want to buy records? 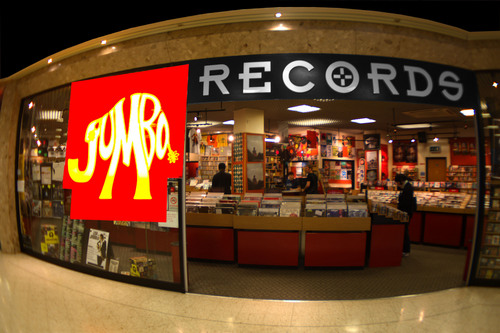 Tall Boys as we mentioned before is an independent craft beer take away/cafe and it’s just fantastic. Beer from local breweries and from all over the world, plus really friendly and knowledgeable staff.

The Village Bookshop and Colours May Vary are both great for art, books, prints and zines!

Jumbo Records has already been mentioned, but we also have a secondhand record store under Crash Records that’s definitely worth a mention. Rare records without the big price tag, and there’s always some amazing records to be found from crate digging in here.

Leeds is just a 30 minute drive from the Yorkshire Dales. Places like Ilkley Moor, Cow and Calf and The Otley Chevin are all areas of extreme beauty and it really doesn’t feel like you’re so close to a major city when you’re around there.

Leeds also has loads of cool museums too. Our favourite is probably the very gruesome and grisly Thackley Medical Museum.

Conor: Such a tough question, I’ve been going to gigs in Leeds since I was 12 with my dad; that’s 14 years so it’s impossible to pick just one out. Some of my highlights are seeing The Cooper Temple Clause and JJ72 at Leeds Met; Placebo and Goldfrapp at Leeds Uni; Dropkick Murphys at Leeds Met, and Houston Calls in the small room of the The Cockpit.

Lucinda: I lived in Leeds for about 8 years and it’s definitely a tough one! I remember the Kerrang Tour in 2005 when I was 14 was a big deal for me. I got the bus from Hull with my friends and we queued up all day. It was The Used, Aiden and Rise Against. That was a great show for any teenager into that kind of music at the time.

Explosions In The Sky at Leeds Academy was amazing, and also more recently I saw The Wonder Years in the Key Club. It was about 250 capacity and they played ‘Hostels and Brothels’, the song they wrote about Leeds that they never play; it was a really nice environment to be a part of.

Conor: A two hour drive from Leeds is the small coastal village of Staithes. It’s near Whitby and is probably my favourite place in the world. Hardly anybody lives there and there is absolutely zero phone signal. If you ever need to get away from the world and have some quality time to yourself or with family and friends, this place is a definite. Plus Whitby is a beautiful town, with lots of cool gothic folklore about it too.

Lucinda: Brighton every time. I lived there for about four months last year and it wasn’t nearly long enough. I’ve made some great friends there and I really like being by the sea. There’s so many good coffee shops and places to eat. DIY/Punk shows there are always the best, and the people there are all super friendly.

There’s something about being near water that’s super calming too. Any time we have a show there we try and sneak an extra day in so we can hang out on the beach the day after a show.