“In space, no-one can hear you scream.” So the tagline goes anyway.

But we can dismiss that claim as the work of those so-called ‘experts’ we keep hearing about. How else to explain Leeds-based newcomers Lunar Sounds, and their ability to cut through all that emptiness with a debut EP, The Void, a mix of spare post-punk and downbeat, exploratory touches.

The trio may only have a few live performances to their name as yet, but the four tracks here – whether it’s the pulse of lead track ‘Out The Dark’ or the brooding ‘D.E.Z.’ – imply a restlessness not content to fritter the hours away in the practice room; instead this is the initial launch for an outfit who want to kick on and do the work.

To get a better sense of what planet they’re from, we asked them for a guided tour round their adopted city of Leeds and for the low-down on some of the best destinations – for locals or indeed, visitors from galaxies far, far away…

There are tonnes of good places to eat in Leeds. Rola Wala and Manjit’s Kitchen both do amazing Indian food, The Swine That Dines is great if you want something a bit fancy and different (but without any snobbery), and for pizza it’s probably a tie between Water Lane Boathouse and Dough Boys in Belgrave.

Not necessarily the best place for a drink, but after we finished our EP we had a celebratory pint at The Headingley Taps – which is just a good value pub in the student area – so it’ll always have a special place in our hearts.

Around the city centre, Outlaws Yacht Club is a really cool bar that doubles as a hairdressers – which might lead to some bad decisions down the line. North Bar is probably unbeatable when it comes to beer, and the Wax Bar next door to is the kind of place with a selection on VHS tapes on the wall and vaporwave playing on a loop. So, pretty great. 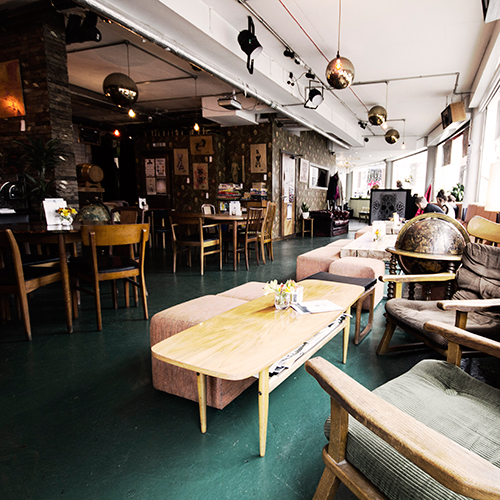 The Brudenell is hands down one of the best venues in the UK. (It also has this framboise beer we’re obsessed with.) Aside from that we love Wharf Chambers which is run by a workers co-op and really inclusive and friendly. The Lending Room, Headrow House and The Wardrobe are great too – everywhere offers something a bit different – you’ve just gotta go to them all.

Best places to have a dance

Our cooler answer for this is Hifi, but to be honest the Stone Roses Bar is a bit of a guilty pleasure. It’s pretty much the only place open until 6am in Leeds, so what’s not to love? Plus, you’ll know once you’ve been there for ages when the playlist goes round again.

Kirkgate Market is always good for a wander round. It’s the biggest covered market in Europe and a total maze – they have pretty much anything you could ever need, and they have a record and book fair there about once a month which is always fun to look around.

Blue Rinse is a great vintage clothes shop in the city centre that’s always got a good mix of unique stuff, and of course Leeds has some of the best independent music shops too – Jumbo Records, Crash Records, and SingleShot. They all put on gigs and are really supportive of the local scene.

Open Source Arts in Kirkstall is probably a bit of a hidden gem – it’s this great, creative space that has workshops, classes and events.

For a night out, one place that flies under the radar is The Maven. It’s a secret cocktail bar, so you might expect it to be as pretentious as that sounds, but if you head there on a Friday evening they have a DJ playing 90s/2000s bangers and everyone – including the staff – is dancing and having a whale of a time. 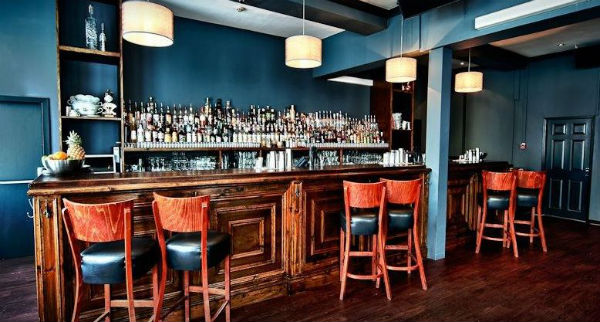 We all just took a band trip to see St Vincent at the 02 in August and she completely blew us away. She puts on such a slick, carefully rehearsed show yet it doesn’t feel stiff or tired at all, it’s just totally exciting to watch  – gave us loads of inspiration for how we can improve our own shows.

Also Anna was mesmerised by the incredible drumming, and it turns out he was the drummer on Jeff Buckley’s Grace! Legend.

If we’re not working or playing in the band then at least one of us is probably elsewhere in the UK, so when we’re all in Leeds it’s just nice to enjoy everything the city has to offer. That said, it’s always good to get out into the Yorkshire Dales or pop over to York or Ikley.

You can find out more about Lunar Sounds via their Facebook page.