The Kinks are to release a 50th anniversary edition of The Kinks Are The Village Green Preservation Society via BMG on 26th October.

The set includes previously unreleased tracks and versions, including ‘Time Song’ – unreleased at the time but played at the Theatre Royal, Drury Lane in January 1973, celebrating Britain’s entry into the Common Market.

Ray Davies mixed the track earlier this year and it is included on the new box set and deluxe 2CD. The single version will also be available as a limited edition 7” single exclusively with pre-orders of the box set via The Kinks Music Glue official store, and as a digital download single.

On 4th October, an exhibition at London’s Proud Central Gallery titled ‘The Kinks Are The Village Green Preservation Society’ will run until November 18th displaying a selection of rare collector’s items including specially commissioned artworks by members of the band and vintage memorabilia, together with a collection of photographs documenting this period in the band’s history. 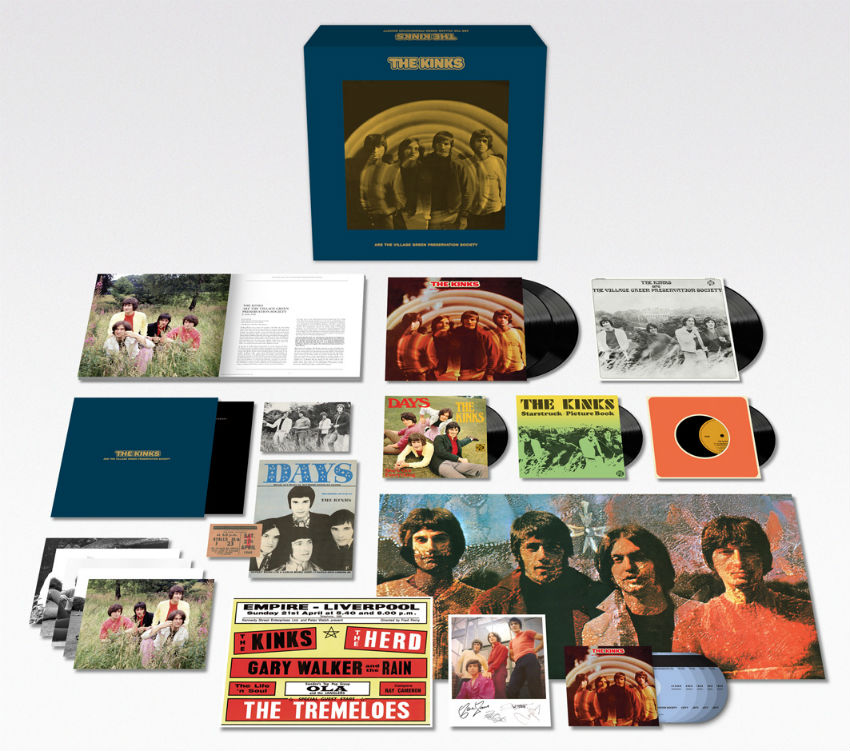