What better way to beat the post-Christmas funk than settling down with a good book? The nights are dark for a wee while yet, so we’ve picked out some music-related titles due for publication over the next few months that are guaranteed to both enlighten and uh … delighten.

This month sees the 30th anniversary of Phil Lynott’s untimely death and Cowboy Song: the Authorised Biography of Philip Lynott is the first project to look back on his short life with the cooperation of his estate. Initially something of a reluctant frontman, Lynott grew into becoming one of rock’s most iconic figures and Graeme Thomson (author of acclaimed books on Kate Bush and George Harrison) delves deep into his story. (Constable, February)

Detroit 67, Stuart Cosgrove’s fine telling of a pivotal year in soul music is now joined by his Young Soul Rebels: a Personal History of Northern Soul Music (Polygon, March). As the title implies, this is an account of a life spent under the spell of rare vinyl and the promise of staying up late, and the book joins a growing library on a scene that simply refuses to go away.

Staying on a soul tip, Motown: The Sound of Young America (Thames & Hudson, March) is one for the coffee table, being a 400 page visual history of the label that delivered so many classic cuts. Expect photos and memorabilia from the likes of Smokey Robinson, Marvin Gaye and many more – basically some of the coolest folks to ever strut their stuff in the name of pop music. 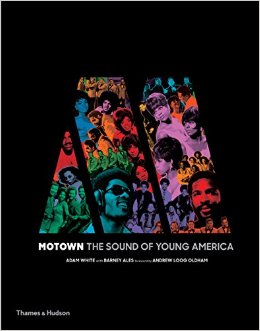 Few artists define the notion of ‘cult artist’ more than Andy Partridge, so Complicated Game: Inside the Songs of XTC (written in collaboration with Todd Bernhardt) is likely to be a must-read for anyone who has ever been intrigued by this master of off-beat pop psych. Exploring the secrets behind 30 XTC songs – including ‘Senses Working Overtime’ and ‘Dear God’ – Partridge talks about his musical and lyrical process whilst also offering a guide to his home town of Swindon along the way! (Jawbone, March)

With it being 2016 and all – and therefore the nominal 40th anniversary of yer old punk rawk – it would be remiss not to mention a new edition of Jon Savage’s England’s Dreaming. Resplendent in its spiffing new jacket to mark its elevation to the ‘Modern Classics’ imprint, Savage’s tome remains the definitive telling of punk’s formative years – as well as being one of the best books about music ever written. (Faber & Faber, February)

Punk, of course, morphed into a many-headed beast and Californian louts NOFX are chronicled in NOFX: the Hepatitis Bathtub and Other Stories (Da Capo, March). Originally formed in 1983, these godfathers of the whole US pop punk scene have long loomed large over generations of snot-nosed hopefuls, for whom baggy shorts and three minute songs about getting stoned were the template on which dreams were forged.