Disco Inferno‘s debut album In Debt, originally released in 1992 by Che Records, gets a reissue as a limited edition double LP and single cd package on 5th May via Rocket Girl. The package includes one previously unreleased track, new artwork and comes with sleeve notes by journalist Neil Kulkarni.

“Almost entirely out on their own, out of step with the times, Disco Inferno were widely ignored and underappreciated during their (pre-internet) existence. Remaining largely unknown beyond a small but slowly expanding cult of devotees, they were probably the most ambitious and isolated band of the ’90s. Over a six-year span (1989-95) they were also quite simply, jaw-droppingly great – a virtually peerless group mining a steady stream of uncompromising, pioneering recordings. One of the first wave of ‘post-rock’ acts (and perhaps it’s ultimate example), they combined avant-garde aesthetics with a basis in solid pop hooks, credibly depicting suburban alienation and national decay through embittered, intelligent lyrics.

In 1992, they took the quantum leap from their modest beginnings to totally rewire themselves and become the most radical, forward-thinking guitar band on the planet, with a revolutionary sample-based approach that was simply years ahead of the curve. Whilst numerous acts were making use of the sampler and MIDI technology, no other band integrated it so thoroughly into the process. DI didn’t simply tack on a dance beat or spice things up with the addition of a few novel sonics or quirky quotations. The technology was hard-wired into the very heart of their music. Veering between the deeply challenging and the downright catchy, they continually attempted to push themselves forwards, resulting in two unrivalled albums and a dazzling collection of EPs that consistently redefined the boundaries.” 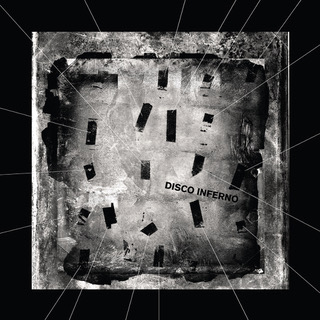