The Beatles’ Christmas fan club records are to be pressed on seven-inch colored vinyl singles for The Christmas Records box set, released worldwide on 15th December. The limited edition collection presents each vinyl single with its original flexi disc sleeve artwork, accompanied by a 16-page booklet with recording notes and reproductions of the fan club’s National Newsletters, which were mailed to members with the holiday flexi discs.

You can pre-order the set here. 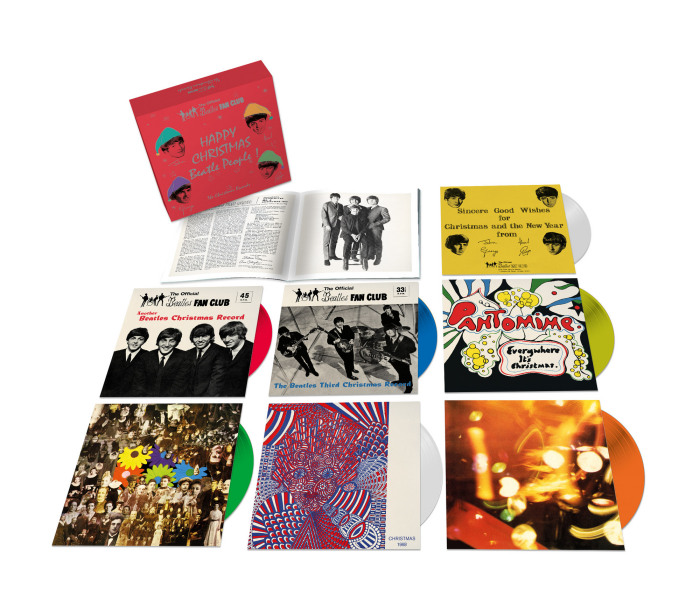